It was an unimaginable scene: diseased cows dragged to slaughter in excruciating pain, then sold without veterinary control around Europe and landing on the plates of many consumers.This is what Polish viewers witnessed on an investigative TV broadcast last month.

Days after the report, meat eaters around Europe would discover that rotten meat from sick cows had reachedmarkets in 14 countries– the Czech Republic, Estonia, Finland, France, Hungary, Lithuania, Latvia, Portugal, Romania, Spain, Sweden, Germany, and Slovakia. And in some cases in school canteens. It could have ended up on your plate.

This is the latest of many scandals over the years to come out of industrial meat production. Previous ones includedmad cow disease,listeria,andswine flu. At the core of these crises is the hunger for cheap meat to feed the greedy industrial system that is intent on bending the rules, as well as poor government oversight.

Looking at the sheer scale of industrialized meat production, it is only a matter of time before the next scandal will hit the headlines.

In Poland alone, more than 2,000 chickens, 42 pigs, and 3 cows are killed every minute. According todatafrom veterinary inspections, 22% of cattle and 35% of pigs sent to slaughter within a year were diagnosed with diseases, lesions and other causes that could make the meat unhealthy for human consumption.

99.9% of that livestock was still released for consumption. Meaning there could still be more rotten meat out there.

Industrial meat production puts profit above public health and is a disaster for the environment. It contributes to deforestation, causes animals to suffer, it pollutes rivers and oceans, and is fuelling the climate crisis. 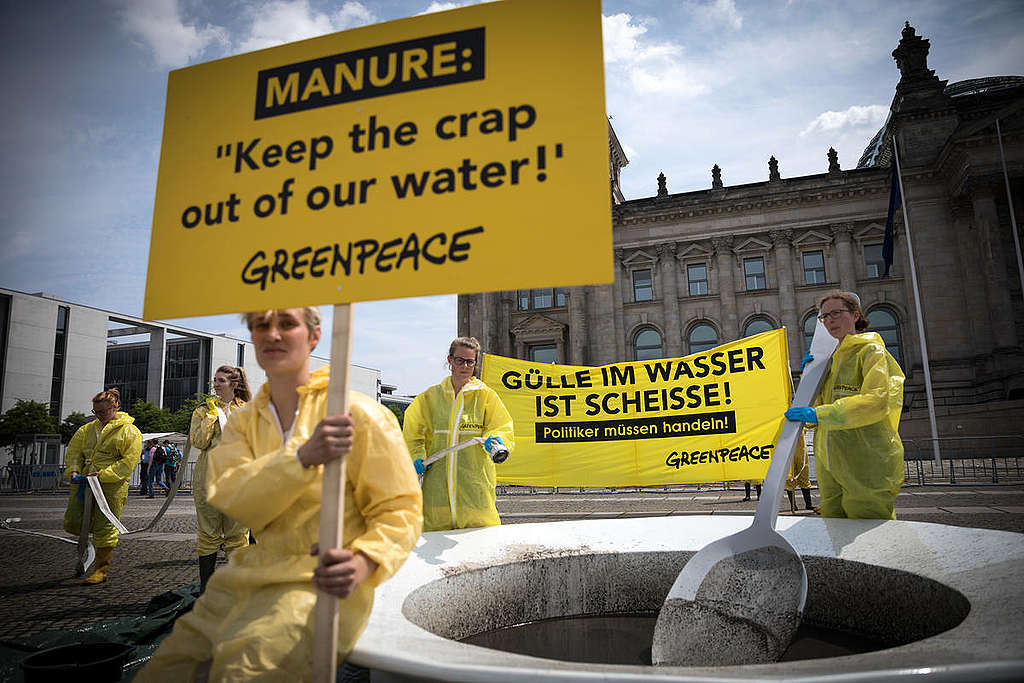 Our decision-makers need to step up. We need more transparency and better regulation. But even more than that, we need to transform our food system into one that is healthy for people and planet.

The good news? We can all play our part in this:

Nora Holzman is the global communications lead for the Meat and Dairy Campaign at Greenpeace and Katarzyna Jagiełło is an agricultural expert at Greenpeace Poland.

Julian Assange must not be extradited to the USA

Bernie Sanders said to be against open borders

Qatar will withdraw from OPEC in January to focus on its...

14 Senators introduce Medicare for All Act for 2019

Beto O’Rourke: “We need realistic immigration reform, not a symbol of...