In the aftermath of Jair Bolsonaro’s election on an openly anti-human rights agenda, a climate of fear remains in Brazil.Yet, young people are rising up and making their voices heard. Amnesty International met seven human rights activists who reveal what life is like in Salvador, Brazil, and how they’re tackling violence against women, racism and homophobia head-on…

“I’ve been living in a state of fear since I was little” – Lidiane, 33 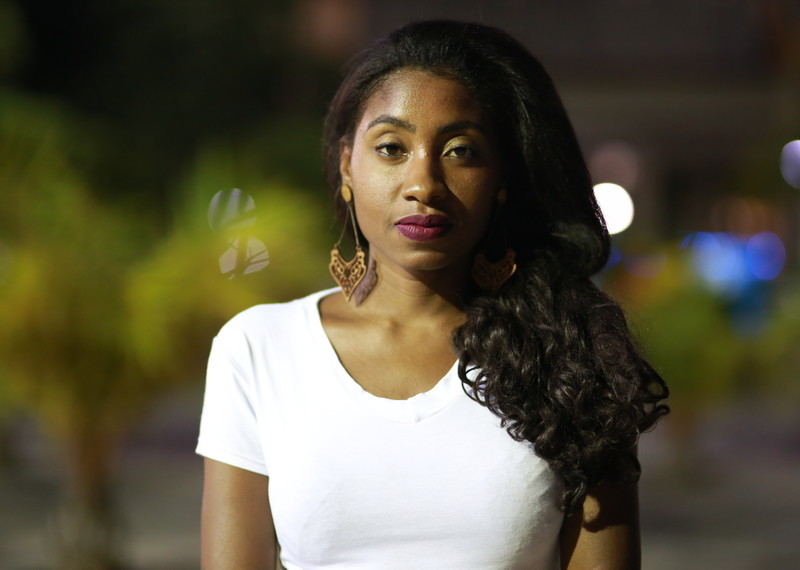 They are there to protect you, but they can hurt you at any moment. Since I was a little girl, this is the image I’ve had of the police. My childhood was littered with the sound of gunshots. Growing up, I didn’t realize what they were, but now I know how fatal they are.

I live in a favela where police frequently come to my community. They never offer any information or say who they’re looking for, but they will attack anyone who gets in their way. Over the past few years, the situation has escalated, so we’re establishing curfews and we are constantly monitoring the situation.

I’ve been living in a state of fear since I was a little girl. That’s common in Salvador, Brazil. This fear has fuelled my passion to fight for justice. When I went to university I wanted to study law. It was a way to be inside the system and represent the needs and the issues of the people in my community.

The fight for justice has not been without its obstacles, though. As a black woman, I have limited access to certain opportunities. Every day, I face three stereotypes – I am from the periphery, I am a woman and I am black.

Becoming part of Amnesty International was a turning point. I’ve spent my life fighting for human rights and questioning gender inequality. When I attended my first meeting, I met people who had similar stories to me. They wanted to take a different path and transform their communities.

As a practicing lawyer, I am working on two cases in my community, providing support to those who can’t afford it. I want to prove to others that we have the right to dream and that it is possible to overcome the barriers we face. We might be moving towards an increasingly dictatorial state, but if we unify my hope is we can come together, resist and change the direction of this country.

“My mother was beaten so many times”–Nubia, 33

My father was an alcoholic. We all suffered because of it. He would come home from work and beat my mother, myself and my siblings. Sometimes we would escape during the early hours and seek refuge at my family’s house until my father left for work. He had a rifle, and my mother was afraid of what he would do with it.

I learned to cope – I had to. My mother didn’t have the strength to leave, so as I was the eldest I would confront my father the most. I’d put myself in the middle of the fight to protect my mother. I didn’t want to see him bash her head into the wall or break her back.

My father stopped drinking about four years ago, but I don’t feel like I’ve fully dealt with what happened. I haven’t had any therapy and when I speak about what I went through I still feel the same wave of emotions.

I’ve found hope through standing up for other women suffering from domestic violence. Many of my friends and neighbors have also suffered gender-based violence. That’s why this cause is so important to me and why I want to empower women to get out of these situations.

Being part of Amnesty International’s Youth Group in Salvador made me realize I am not alone. It’s important to be part of something bigger, especially given the current climate.

President Bolsonaro is planting words that go against human rights. I am hopeful, though, that people will open their eyes and see that there is another way to live. When you work together you meet people who have lived the same realities as you, and everyone is welcomed and represented. By working together, we give ourselves a voice. 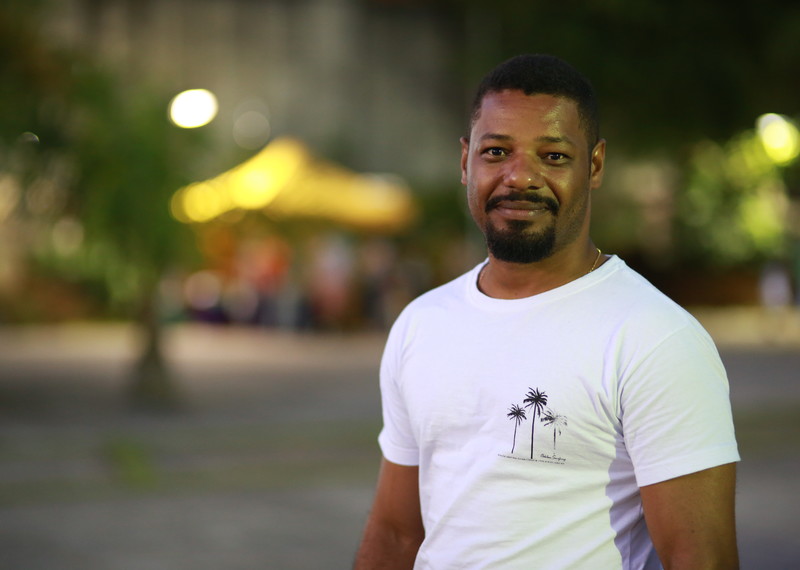 I was born and brought up in a rural village in Bahia, Brazil, where racism was a daily part of life.

My parents understood the importance of education. Despite the little money we had, they still sent me to private school. I was one of just two black students. I was insulted a lot by students and teachers. One of the teachers named me “little blackie” and on one occasion, the teacher threatened to punch me in the face.

I understood the teacher was being prejudiced, so I decided to rise above it. I thought to myself, “I am going to be somebody”.

I studied Theology at university and later went on to complete a Masters in Gender studies. While I was at university I got more involved with youth movements, including Amnesty International, and learned about human rights.

As destiny would have it, I am now a teacher at that same school where I suffered discrimination and prejudice. I am currently working on a project to ensure human rights education is a key part of the school curriculum and I already teach human rights in my own classes.

Even though we’re living in challenging times, social movements in Brazil are growing stronger. Human rights education is a seed that can transform our way of seeing the world. My hope is that all the seeds I plant will bloom into something for the world. 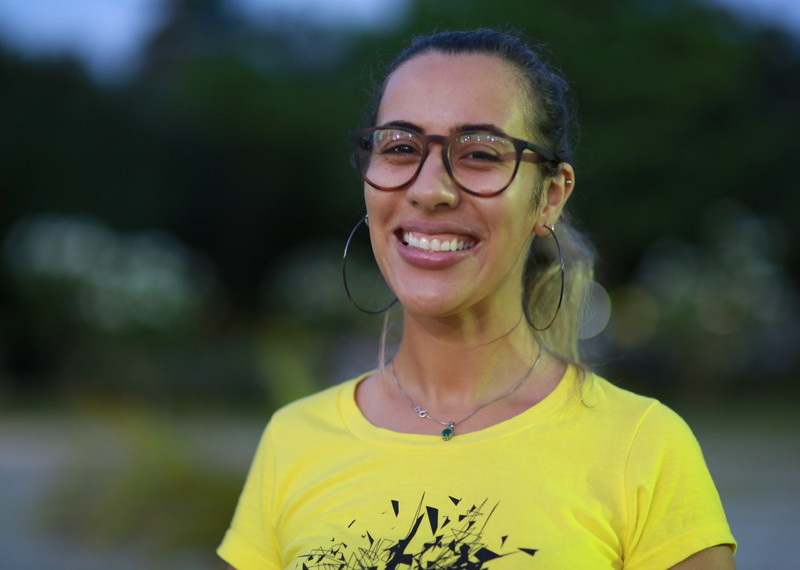 When I was 20, my mum was murdered by her ex-husband. He was unable to accept the end of their relationship.

Violence against women is rife in Brazil – and my mum’s case is one of many. I spent a year in mourning. It was hard to find the strength to keep going. I thought I’d never laugh again. It had always just been me and my mum – she was the most important person in my life.

At first, I found it hard to work on issues like gender-based violence and feminism as they were so close to my heart. Today I have more courage to talk about these things.

I’ve drawn strength from other strong women, such as my two aunts – one of whom is like a second mother. Without them, I wouldn’t be the woman I am today. They’ve been so supportive and they’ve given me a reason to keep living.

Since my mother died, seeing injustice really affects me. It spurred me on to join Amnesty International’s youth group in Salvador. I realized the meaning of life, the richness and value of it. It’s amazing being part of a group of like-minded people. They support my ideas and we make them happen!

The next few years are going to be difficult. However, there’s an inner force of power within us and we won’t keep quiet. There’s a movement of unity in Brazil – we won’t give up.

“My rights are attacked nearly every day” – Jamille, 26 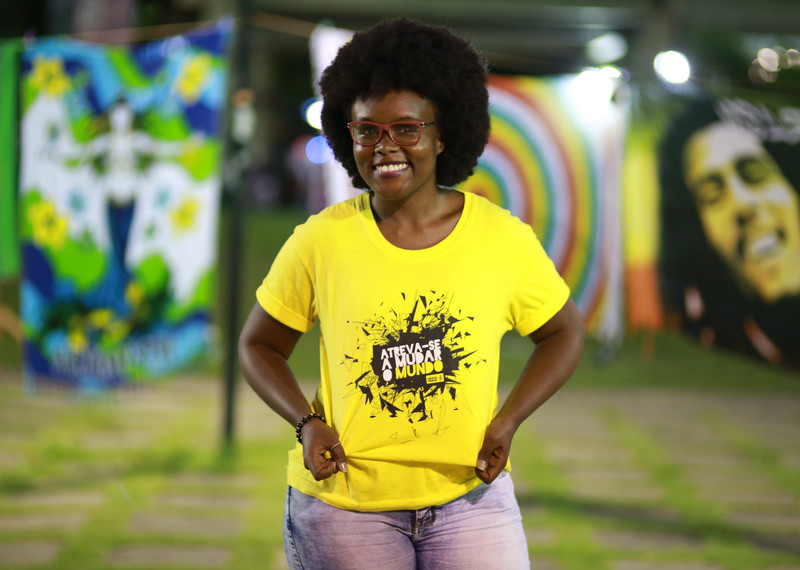 I’ve faced so many barriers just because I am a black woman – my rights are attacked nearly every day. I am a student at the university in Salvador. I am here to make up diversity quotas, so people don’t think I deserve my place at university, when it’s my right to be here.

But I still have hope. Living in this society inspires me every day. I am proud to say I am a human rights activist. It’s a way of reaffirming to people that human rights are for everybody and that we must defend them.

Given the current climate, I am fearful nothing will change, but my hope is that together we create a world that is more welcoming to diversity and less unequal. It’s up to us to create this world together. 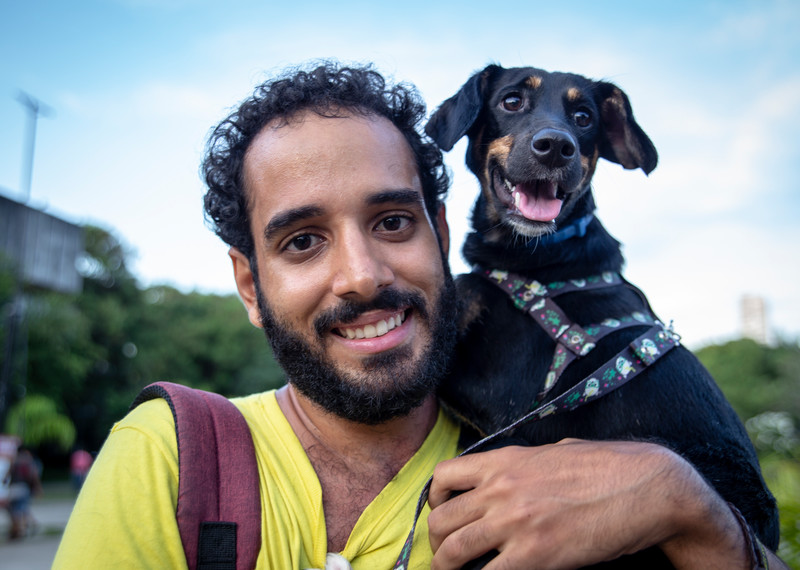 My story of activism starts with me – and what I’ve been through. I am a black man, I am a gay man, I am a human rights educator.

Salvador is a dangerous place to grow up, especially if you’re young, poor and black. The color of your skin makes you much more vulnerable to violence. For me, though, the hardest part of growing up in this society was knowing I was gay. My family is super Christian and I thought I would go to hell if I told them the truth.

When I met my husband I knew I had to tell my parents. At first, they said they were OK with it. One week later, my mother screamed that ‘the demons of homosexuality’ should leave the house. I’ve been with my husband for eight years and we’ve adopted two children, but my family still don’t want to know us.

I dove head first into activism. A lot of men don’t think it’s OK to be gay, but I want to let them know it is. That’s why I run a project in public schools, where I teach kids about bullying, diversity, gender, sexuality and human rights. I am also part of Amnesty International’s Youth Group in Salvador. Everyone who is part of the group is so brave. They stand up for everybody, regardless of race, gender, class or sexuality, and they fight for justice.

I am making my voice heard through education – it’s key to human rights and it’s a way to cut through violence. My work does make me fearful. Human Rights Defender Marielle Franco was shot and killed, just for standing up for the rights of others. It could happen to me too, but the fight continues.

“Find people who are fighting for human rights” – Blenda, 24 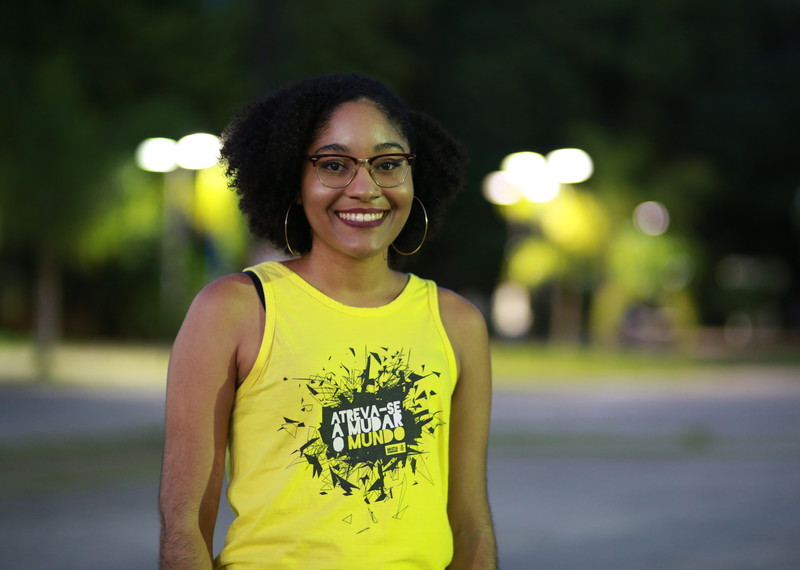 Salvador has the highest black population in Brazil, but I still face a lot of racism.

When I was 13 kids at school would make fun of my hair. They used to throw paper balls at me and stick gum in my hair. As a result, I grew up with low self-esteem and anxiety which led to depression.

I’ve been interested in charity work since I was 12, but many of the organizations I volunteered for never addressed racial issues. When Amnesty International Brazil launched its Black Youth Alive campaign in Salvador, I was so excited as I hadn’t seen any other NGOs working on this issue.

I’ve been an activist for three years now. One of the highlights is how we use the Quilombox to carry out our work. The Quilombox is a box containing mobilization tools, which doubles up as a projector. The box of materials provides an opportunity to discuss human rights through spoken word, dance and hip hop. It was created by different human rights activists around the country, with the support of Amnesty International. It’s an incredible resource because it means we can learn from other young people in Brazil. These are the types of tools we need in Brazil. The next few years are going to be difficult, especially for young black people.

It’s important to find people who are fighting for better human rights conditions. It’s these people that have helped me and made me feel part of something bigger.

14 Senators introduce Medicare for All Act for 2019

Legal challenge to stop UK supplying arms for use in Yemen

‘All the years of hard work put into building my home…...

Sentenced to serve 30 months in prison after living under false...

Julian Assange must not be extradited to the USA

Mother of ICE detainee sues US for 60M$ after toddler died...